France is the largest wine producer in the world and its ancient wine history started more than 2,500 years ago. Over the years, some estates have become mythical. Here is a short list of 5 estates and wines that all wine lovers dream of tasting once in their life. 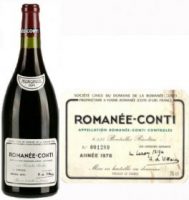 Romanee-ContiDomaine de la Romanée-Conti is located within the small commune of Vosne Romanee in Burgundy. The vineyard for its flashship wine, Romanee-Conti, only covers 4.4 acres, for a production of around 450 cases of wine each year. It is made exclusively from Pinot Noir grape.The other exclusive wine the estate produces is La Tâche, in twice the amount as the Romanee-Conti, as well as portions of Richebourg, Romanee-St.Vivant, Grands Echézeaux and Echézeaux. To purchase bottles at the estate, clients must acquire all the wines of the domain by boxes of twelve, which means one bottle of Romanée-Conti among 11 bottles of other domains. 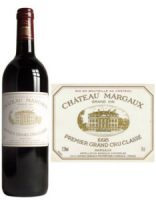 World famous Chateau Margaux is situated in Bordeaux, covering about 250 acres. The grape-varieties are 75% Cabernet Sauvignon, 20% Merlot, 5% Petit Verdot and Cabernet Franc.Margaux was in the original Premier Cru classification of 1855, and today is still regarded as one of the best Bordeaux houses. Margaux wines are among the most expensive wines in the world. A bottle of Château Margaux 1787 holds the record as the most expensive bottle of wine ever broken, insured at $225,000. A passage from William Styron’s 1979 bestseller “Sophie’s Choice” boosted the wine’s literary reputation. “Were a wine to be drunk in paradise,” Styron wrote, “it would be Chateau Margaux.” 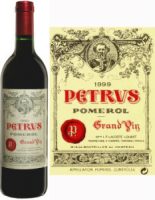 Chateau Petrus is a Bordeaux wine estate located in the Pomerol appellation near its eastern border to Saint-Émilion. Petrus wines are made up entirely of Merlot grapes (on occasion with small amounts of Cabernet Franc). In Pomerol there is no classification as in Médoc or Saint-Emilion. But the small surface, 28 acres makes it rare- only 2500 cases each year –  and therefore very expensive.Pétrus’ fame grew in the 1960s, as it got promoted in restaurant Le Pavillon in New York, reaching a symbol status in the United States. Today Petrus wines are arguably the most sought after in the world. 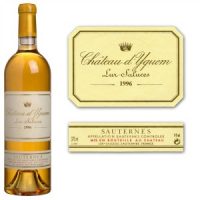 Chateau d’ Yquem is a sweet white wine producer from the southern Bordeaux sub-region of Sauternes. The grapes for this wine come from a 250-acre plot. The wines of d’Yquem, made up of Semillion and Sauvignon Blanc grapes, are widely prized for their complexity, concentration and honey-like sweetness.

In great vintages and when stored properly, the wines of d’Yquem can age for a century or more. In 1996 famed wine critic Robert Parker of the Wine Advocate gave a 100-point rating to a bottle of 1811 Chateau d’Yquem.

The only wine from Rhone valley in this list. Like Petrus or Romanee Conti, the limited production of Château Grillet makes it rare and, in many ways, almost mythical. The whole appellation Chateau-Grillet -only 9 acres- is owned by the estate, and is made 100% of Viognier grapes which is very rare. It is one of the only two appellations in all of the Northern Rhone Valley that exclusively produce white wine.

The slim brown bottles of Château-Grillet are easily recognised and are used by no other French winery. The estate belongs to French billionaire Francois Pinault since 2011, founder of the multinational holding PPR (now Kering).

FRENCH WINE – TOP OF THE TOP

Italy is the biggest wine-producing country in the world in terms of volume, but at over 25% of the global total of exports, France is the leader in value. Given that France also produces the 10 most expensive wines in the world, it’s no surprise. (Wondering how good the other popular wines are? Find out here: Top 25 Most Popular Italian Wines and the Most Popular Wines in the US.) France also makes a lot of reasonably priced wine, so we analyzed the top 50 most popular French wines to help you choose which are worth buying next.

Why Are The Best French Wines From Bordeaux?

70 percent of the most popular French wines on Vivino are high-end Bordeaux wines, mostly Grand Cru Classés from the Left Bank Médoc area. To learn more about these wines and what are Cru Classés, wines check out my Guide to Bordeaux Wine Classifications. 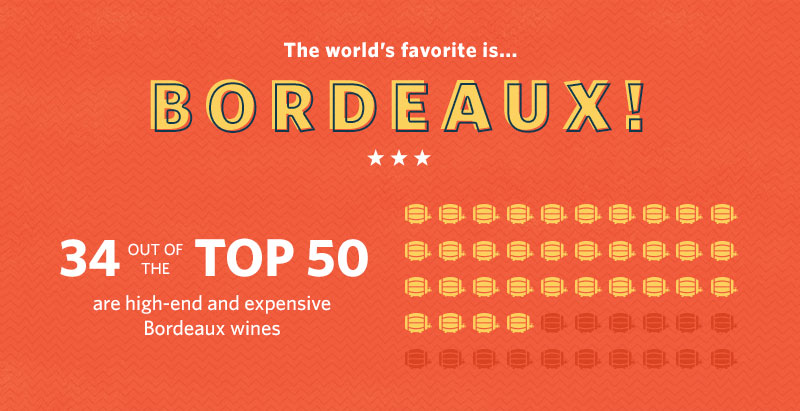 The eight first growths from Bordeaux are some of the best and most popular reds in the world, and they also receive high ratings from the Vivino community, all averaging 4.5 or 4.6 stars!

Other top wines here are from the famous and fine villages along the Left Bank of the Gironde estuary: Margaux, Pauillac, Saint-Julien, and Saint-Estèphe.

If you are wondering why wines from the Right Bank, which consists of famous appellations like Saint-Emilion and Pomerol, are so little represented here, it is probably because Right Bank estates are smaller, and their wines are therefore less widely available worldwide. The same applies to the best Burgundy wines, absent from the most popular list because they are much scarcer in the international market.

If you’re feeling inspired to bring home a bottle? French reds with at least 4 stars under $50 is a spectacular place to start.

Several of our most popular and affordable red wines can broadly be found on many wine merchants’ shelves. These include the number one most popular French wine, Mouton-Cadet Bordeaux. There are also tasty examples from the South of France, Languedoc and Rhône, such as:Guigal Red Côtes Du Rhône 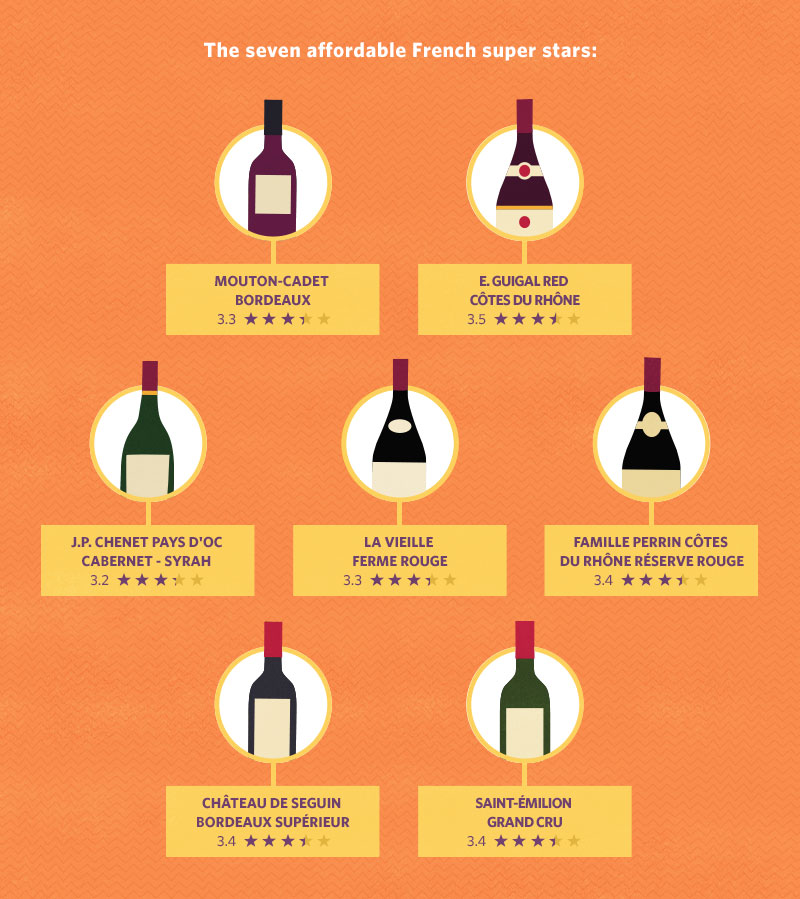 The average rating of these wines ranges from 3.3 to 3.5 stars, making them solid value options. At a slightly higher price tag, the Saint-Émilion Grand Cru by the village’s cooperative winery called Union de Producteurs de Saint-Émilion is also broadly appreciated within the Vivino community.

Examining the Most Popular Champagne Wines

We all know that fine French Champagne is adored by wine lovers around the globe. But did you know that the French drink 53% of their Champagne themselves, domestically?

In 2014, the French drank over 162 million bottles of Champagne, nearly three bottles per person. The rest of the seven billion people on Earth had to share the remaining 145 million bottles that were exported!

The Most Popular Champagnes

That said, there is enough Champagne available globally for Vivino users to taste and generously share ratings for. Seven of the Top 50 most popular French wines are Champagne, non-vintage cuvées from famous houses such as:

Dom Pérignon is the only Prestige Cuvée here, but it’s the third most popular French wine overall, and with an outstanding 4.5 star average rating!

Did you notice that I haven’t mentioned many still white wines so far? Of the 50 most popular French wines, only two still white wines made the cut. One mentioned earlier is the famous sweet Botrytis wine Château d’Yquem Sauternes. The other is a very well made, crisp and fruity white from the Rhone Valley: E. Guigal Côtes Du Rhône Blanc.

Many ultra-famous French wines from popular regions such as the Loire, Burgundy, Alsace, Languedoc-Roussillon, or Beaujolais are overshadowed by Bordeaux and Champagne in this list. There is however a Châteauneuf-du-Pape wine from the largest producer in the appellation that made the cut: Château Mont-Redon Châteauneuf-du-Pape.

And voilà, there you have it, now go out and get yourself a bottle of French wine. 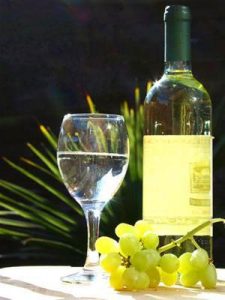 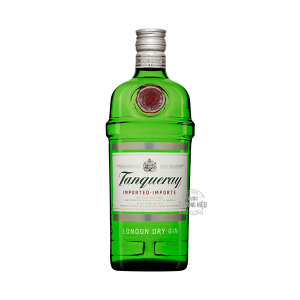 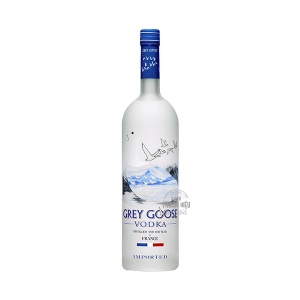 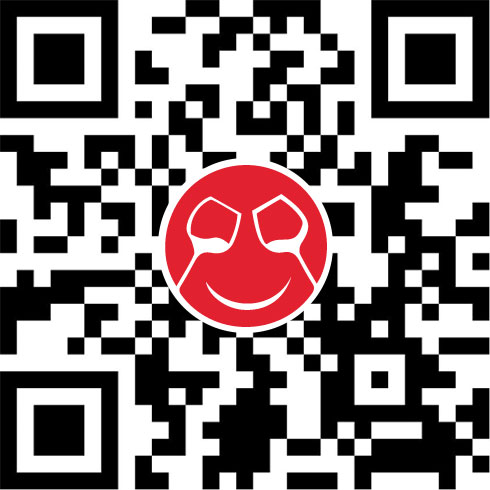